It’s no secret that Steam Greenlight, Valve’s attempt to crowdsource approval of new titles for Steam, has been something less than a success. Valve has rigidly stuck to their guns with the program, but even they admit (quietly, privately) that it hasn’t turned out how they’d hoped. What they aren’t saying, though, is that Greenlight wasn’t just bad execution– the idea was a blunder from the very start. The core principles behind this program are ill-conceived and illogical.

How are you going to get people excited for potential releases when your system for getting people invested highlights negativity? The inclusion of a vote no option makes zero sense– instead of having it be vote yes or don’t vote, it’s vote yes, don’t vote, or vote no. Given that the question is phrased as “do you want to buy this”, the answers make no sense. People say “yes, I want to buy this product”, or they ignore it. They don’t pick up a game, walk up to the register, and hand it to the cashier just to say “No! I don’t want this!”

For that matter, a system of voting is far too simple to be an effective way to choose products for your store. Some of these games are already done, and have been sold outside of Steam– shouldn’t their non-Steam sales numbers be used in deciding if they are worth taking on? If a game has sold half a million copies on PC without Steam (and many gamers are very hesitant to buy a game that does not have Steam support), isn’t that sign enough that people are interested and invested in the title?

And what kind of thresholds are you working with, anyway? The number of titles that, according to Valve, have accumulated the necessary number of Yes votes to clear Greenlight and become regular store titles, is thirty-four. This includes mods, mind you. Thirty-four titles, since August of last year. That comes to about four and a half games a month. That is a pitiful rate, especially given that Greenlight is overflowing with titles that have already proven themselves commercially and critically viable. What is the holdup?

At this point, it’s not even clear what the original goal was. So what could it have been? I have a few guesses, and also explanations as to why they’re nonsense.

1) It’s about making the Steam Store an exclusive store for the highest quality games.

It really isn’t. If Valve wanted to make the Steam Store the best of the best, we wouldn’t have piles of shit like Duke Nukem Forever, Aliens: Colonial Marines, and The War Z stinking it up. Also, it’s hard not to notice that popular votes on Greenlight =/= quality. From text and a few screenshots, it’s not really possible to divine a game’s quality. If they were all required to submit demos, maybe we’d have something to go on.

Nope. Greenlight is a system of voting yes or no, there is no limit on how many you can vote for, and there is no disadvantage to either vote. This is about the most shitty simulation for the exchange of money I can think of– money is not unlimited, you can’t “anti-buy” things (which is essentially what a no vote is), and most people think hard about how to spend their hard-earned money.

3) It’s about giving the community a way to be involved in the store.

The thing about this one that is so scary is that it is sort of feasible. It is possible that Valve thought Greenlight would be a great way to get people involved. Not that the idea is bad at its core– the more your fans and customers engage with you, the more likely they are to give you their money. Fans get a voice, Valve gets a payday, everybody wins.

The problem here is that Greenlight is terribly, terribly designed for that purpose. As mentioned before, the vote no option serves no purpose but to encourage assholes– why would you vote no on anything other than to be a prick, when you could just not vote if you weren’t interested? It encourages negativity, which is absolutely not how you want to get the community involved. What’s more, it’s just a bad way in general to involve the community. Why have people voting on games that, for the most part, they’ve never played? That’s not meaningful feedback. 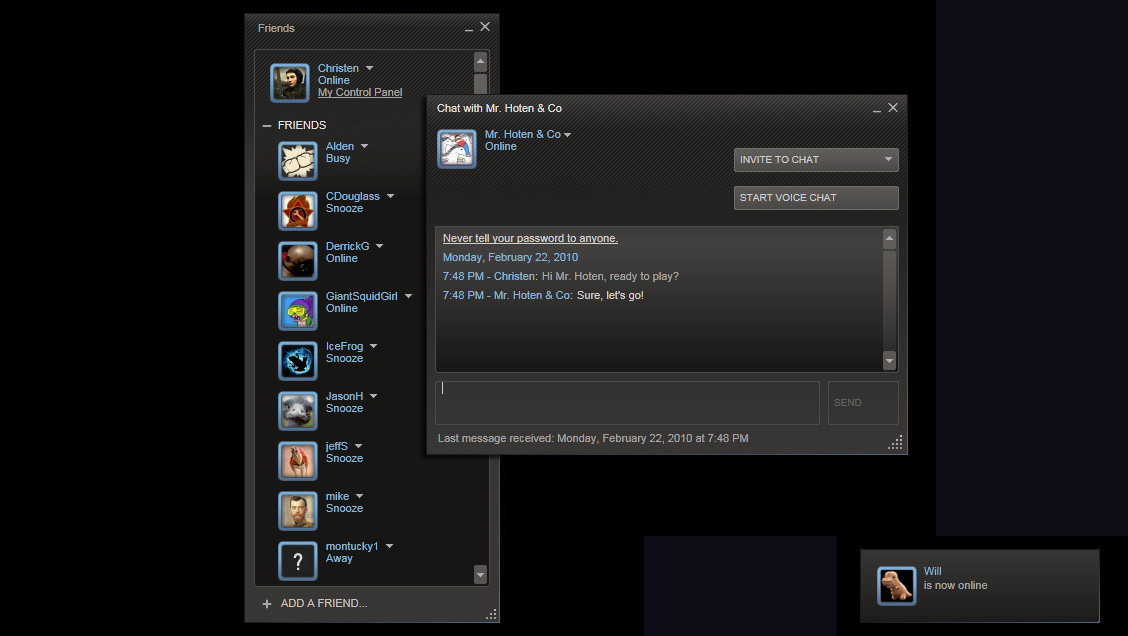 Jeff Gerstmann of Giant Bomb suggested using Greenlight to promote games already in the store– games that get a lot of votes getting a special spotlight. That makes a lot more sense, as people would be commenting on games they’d actually experienced, and it would lead to a lot more positivity. But that would be a pretty significant retooling of Greenlight.

Valve has committed to Greenlight, and Valve tends to work on what it has until it works. Steam was anything but popular when it first released, but they worked on it and worked on it until it was the market leader in digital distribution. I trust that Valve will tweak Greenlight as long as it isn’t working. But if they’re not willing to consider a fundamental restructuring of the service, their tweaking will be a waste of time. You can adjust the suspension, change the tires, get an oil change, but at the end of the day, a junker is a junker, and you’re just gonna need a new car.

Greenlight isn’t Steam’s only problem, either. The lack of competition– and let’s be serious, Good Old Games and Desura (among others) are at best fighting to be a distant second to Steam’s dominance– has caused Steam’s quality growth to stagnate. Steam’s edge is that it is both a distribution frontend and a gaming social media network. Greenlight is Steam failing as a distribution service, but what about the social network side of the equation?

The social side, on inspection, seems to be lacking as well. Many gamers, myself included, use it as their go-to instant messaging service, even though years after launch, its chat servers are woefully inadequate. Whether it’s bad code or just overwhelming levels of traffic, it is past the point of being acceptable. It was okay at first, when you were new to this sort of thing. By this point, you’ve had years to sort out chat stability. It’s gotten better, but not nearly enough.

Steam has failed to capitalize on its power as a digital distributor, as well. With the power Valve wields over the marketplace, it would be simple for them to leverage developers to make basic quality-of-life changes. They could lead the charge on standardizing disparate features like cloud saves, controller support, and subtitles, but Valve is content to let the industry roll on without using their incredible voice for the good of all.

In the end, that’s what it comes down to. Steam is an amazing service that I use constantly, and greatly appreciate. As a community, we’ve turned Steam into the face of PC gaming. But to whom much is given, much is expected, and Valve has been content to sit on its laurels rather than push that expectation. Noblesse oblige, Valve. Step it up.