So, how about that Xbox One, eh? “XONE,” if you’re feeling casual. We Scanners are a little skeptical, and it seems a lot of the internet is as well, but E3 will of course be the real judge of the thing. It does seem strange to me, though- in interviews, the team behind the Xbox One say things like “We wanted E3 to be all about the games, so we had this separate event for the TV stuff.” Okay, that’s fine- why would you make that the first impressions? If you know everyone hates this stuff, why would you ensure it’s the first thing they ever see about the system?

Anyway. We played some stuff this week. 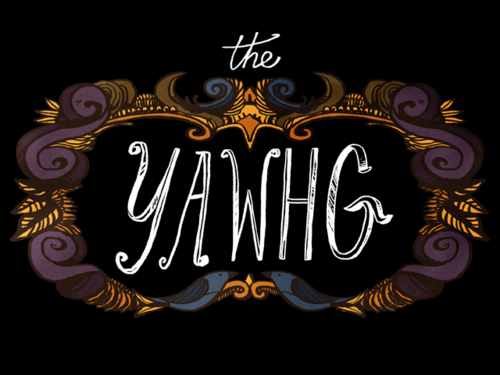 “Choice” is a popular selling point for modern games, but their supposedly dynamic storytelling never seems to match the lofty goals they promise. The average “story-driven” RPG involves decisions that make superficial changes to your path (You picked the blue door, so all the enemies are blue!) or present morality in the simplest of terms (You lit that kitten on fire and threw it off a roof, so 1,000 Evil points for you!). The Yawhg bucks this tiresome trend by stripping out the slashing, shooting and looting, leaving a bite-sized ballad with enough leeway to make it your own.

A mysterious force known only as “The Yawhg” was coming in a matter of weeks, and my merry band of stalwart adventurers, unaware of the shadow lurking just around the corner, had plenty of options to pass the time. Every action led to unexpected results; my hunting expedition was rudely interrupted by a creature with immense psychic powers, and a trip to the castle ended in a poorly-conceived Kama Sutra drawn for a libido-less king by yours truly. These randomized events built up my narrative and stats; much like real life, my experiences formed who I was.

When the doomsday clock ticked to zero and The Yawhg made itself known, I wasn’t prepared for the aftermath. What started off as a quirky romp through a gorgeously-drawn fantasy transformed into an equally dark and uplifting meditation on a sensitive subject. It’s one of the shortest adventures I’ve ever had, but it’s also one of the most memorable, and I’m eager to see where the 50+ other endings lead.

A build of the game was provided by the developers. 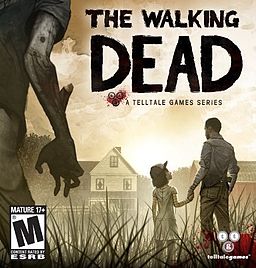 After playing through the first three episodes of The Walking Dead on PS3 last year, I took an indefinite leave from the game. I’d been enjoying it a lot, but the gamebreaking bugs I encountered really soured me on things, and I wanted to wait a few months in the hope that they would patch their problems. A few months became a lot of months, and finally, yesterday, I came back to the game with Episode 4.

In the time since then, I’d heard so many people raving about the game that it’s hard to imagine how the game could have lived up to the hype, and indeed, it didn’t. Having heard all the twists in advance (well, nearly all) pretty much put a damper on the whole experience… and since I knew they were coming, the weaker ones were all the worse. The last five minutes of that game are an absolute home run, but the stuff leading up to that… felt pretty weak to me. The final confrontation (no spoilers) made me angry in all the wrong ways, and as I watched the credits roll, the knowledge that they were working on a Season 2 made me shake my head. I enjoyed the game. Episodes 1-3 especially. But I have zero desire for more. 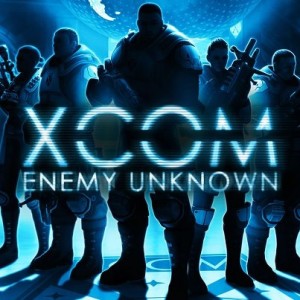 I gave you a play-by-play in Goddamn Mondays, but it was pretty much just a description of what was happening. I wanted to talk more about what that made me think. Because man, I’ve felt frustrated by games before? But that game just made me feel hopeless, which is kind of remarkable.

Specifically that moment when it was my turn, so the game was waiting for me, and would wait forever for me to decide what to do with my one remaining unit, my wounded sniper Steve Blum… I stopped there for quite a while, and my mind raced with possibilities. In a normal playthrough, the moment a soldier actually died, I would have reloaded a save. But this was ironman, there was no save to reload. And so I sat there, wondering if there was some way that I could salvage this, any way… and there just wasn’t.

It was, by that point, 3 am. I had played for three and a half hours. And it was over. I could have kept the playthrough going- indeed, I still have the save- but with two countries withdrawn from XCOM so early in the game, it would just be a slow, drawn-out death. Victory would ultimately be impossible with such a handicap. Coming to terms with my own failure, and choosing to go out on my own terms, was a pretty amazing moment. What a game. I’m never playing on ironman again.

XCOM was one of the best games I played last year, but I gave up a quarter of the way through and have no desire to ever touch it again. I can’t handle stressful situations well, and the metagame surrounding the in-field action had me tearing my hair out. Every nation wanted my help at the same time, and when I left one hanging in favor of the other, they threatened and abused me. The meager resources I could accumulate were spent on investments that seemed like a good idea at the time but shot me in the heel when I was lacking satellites, or proper containment facilities.

Maybe I didn’t make it clear to these nations, but it appeared that I was their last hope. Why would they threaten to withhold funding and jerk me around when I’m working overtime trying to save Earth’s hide? A shadowy council put me in command of everything without any advisers, but threw a fit when I inevitably fell short of their asinine expectations! I handed in my letter of resignation and stomped off, never to be seen again. 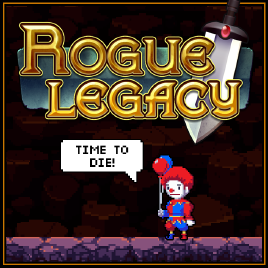 If the Spelunky miner took on the mantle of the Belmont clan and ventured into the shape-shifting castle of Dracula, his adventures would hew close to Rogue Legacy. Your first visit will surely end with a dagger in your spine before you even go beyond the first few rooms, but that’s OK; your children and children’s children are ready and willing to pick up the slack. Each subsequent warrior is unique, born from a random pool of stats, classes, and genetics. One of my female descendants “suffered” from Gigantism and knocked ghouls away with relative ease; the boy that followed her wasn’t so lucky and inherited near-sightedness and dyslexia, blurring the screen whenever he got close to an object and turning all the in-game text into a series of swapped letters. It was always a treat to head back to return to my lineage tree and see what my loins hath wrought for the next round.

The inheritance from the last hero slain goes into buffing your character. From creating new class possibilities to preventing the castle’s layout from resetting itself, you’re presented with a host of things to buy. Unfortunately, the cloaked monstrosity guarding the gate is in no mood for your frugal habits and demands every cent you haven’t spent before returning to the fray, making it difficult to accrue the budget for some of the pricier items until you’ve learned to bargain with this ethereal creature.

The demo is supposed to send you on your way after the first boss, but I’ve purposefully thrown my progress in the trash and started fresh 4-5 times. We have an addiction, ladies and gentlemen! Grab it here and see if it can ensnare you, too. It might also assist my sanity if you vote for the game on Steam Greenlight; the full game is sitting there, finished, but won’t be available until it achieves Maximum Popularity and gets invited under the velvet rope of Steam. 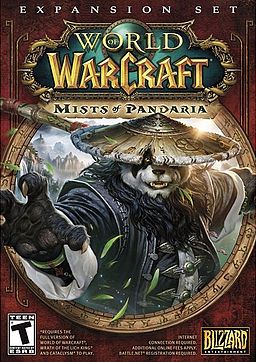 I used to play WoW. I think it’s been… two years since I last played? I had an idea for an article, though (which will be coming on Tuesday, I expect) so I jumped back in to Azeroth to see what had changed, how things were different. Again, I’ll talk more about that later, but I did want to talk about a few things- about how easily I got back on the horse.

For all that is different and unfamiliar, it took no time at all for my old habits to kick right back in. Questing, mining ore, running dungeons, it was like riding a bike. And I have enjoyed it! I’m not gonna stick with it- I bought a prepaid card, and when it runs out, I’m done- but it’s been a great nostalgia trip, going back to a game that I once played fervently and seeing what’s changed and what hasn’t. I left the game because in the time it took me to accomplish something in WoW, I could do so much more in real life. I’m already starting to feel the hints of that same fatigue again. I don’t think I could ever really go back to stay. But it’s interesting to visit. 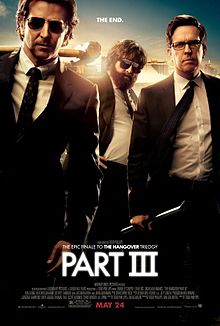 This one threw me for a loop. I went into the theater expecting the writers to phone in lazy, self-referential jokes for the end of their “trilogy,” and received that in spades. What I wasn’t expecting was an earnest attempt to have a dramatic send-off for four of the most puerile characters committed to film. We’re expected to feel sorry for the vicious, emotionally-stunted Alan because he refuses to take his medication, or have fond memories of Stu’s transphobic fling from the last movie. It reeks of desperation, as if they’re trying to appeal to an audience that never existed for them in the first place.

The Wolf Pack’s first two adventures weren’t the most complicated threads in the world, but they still did a decent job explaining the bare necessities so they could return to the jokes. Part III falls into the “bigger = better” trap and spends upwards of ten minutes setting up ludicrous plots and motives as incompetently as possible. The more they divulge, the less sense it makes. If you’re adamant on seeing a movie this weekend, there are other, better choices, which involve cars drifting at unbelievable speeds and all-out destruction with tanks. Of course, I’m talking about Jiro Dreams of Sushi.

*The Protomen – Self-Titled Album (The Stand)